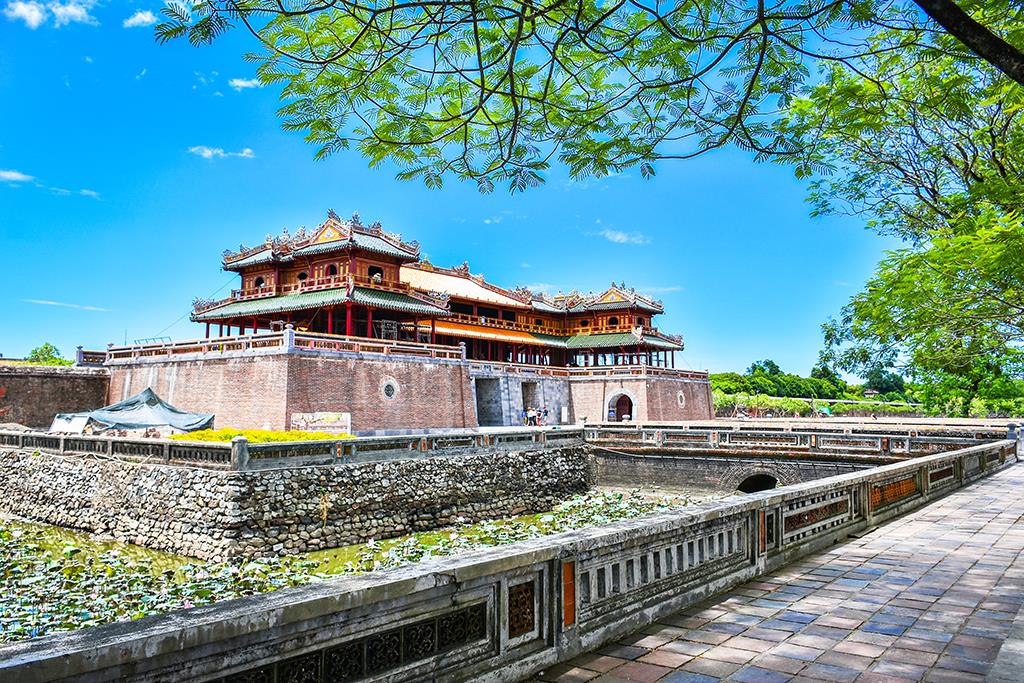 Imperial City, UNESCO designated the Citadel as one point of the World Heritage List, which enhanced Hue and the Citadel’s position in Vietnam tourism development. Citadel included a complex full of all the executive and bureaucracy you would expect from a country’s capital. A massive work containing the quintessence of traditional architectural art and rich history. This is definitely a highlight destination not to be missed in your itinerary.

Hue, located on the banks of the Huong River, (aka the Perfume River) is about three hours north of Da Nang. Among the most impressive monuments in this former grand imperial capital are the Ngo Mon Gate of the imperial city which once was exclusively used by the royal family and their eunuch servants, the tomb of Emperor Minh Mang as well as the tomb of Emperor Tu Duc. In fact many of the monuments surrounding the royal buildings were constructed in the early 19th century and were modeled after Beijing’s Forbidden City. The wall that surrounds the citadel is six metres high and two-and-a-half kilometres long.